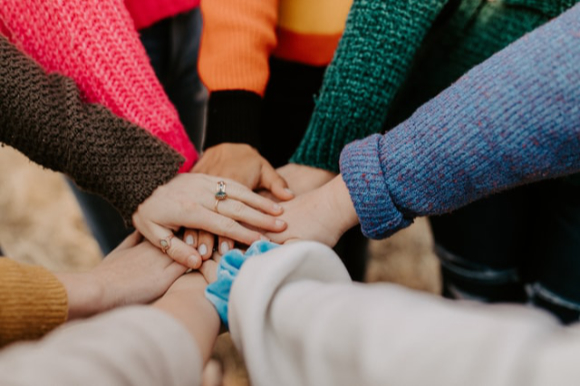 Today, you are 1 of nearly 8 billion people that walk this planet. Try to imagine that ginormous number for a minute. How many of these people do you actually meet on a regular basis? How many of them really mean something to you?

Statistically, your answer should lie somewhere between 50 and 250. On average, a person is capable of maintaining a meaningful relationship with 150 friends, family members, neighbors and coworkers at any given time.

The number 150 is central to the research of anthropologist Robin Dunbar. First, the British professor discovered that there is a link between the size of a monkey’s brain and the size of the group it socializes with. Dunbar suggested that this link also applies to human beings and their social environment.

According to Dunbar’s study, social groups that grow well over 150 members will eventually unravel, and slowly become an anonymous mass. Simply because there are too many people to keep track of.

Although Dunbar’s Rule of 150 has been criticized by some, a lot of empirical evidence shows that group size does indeed matter.

Centuries ago, hunter-gatherers, tribes and nomads already formed groups of around 150, organically. Sticking together was useful for survival. But once a group grew too large, practical problems and social disorder began to arise. As a result, people would form new, smaller groups to become a close-knit clan again.

Even in the present day, the Rule of 150 applies. On average, people send Christmas cards to 150 friends and family members. Successful businesses – especially startups – achieve results by keeping an eye on team size. Military units are compact and nimble. And consumer trends often originate from small communities of early adopters, because word-of-mouth travels fast in a group with familiar faces.

“In order to create one contagious movement, you often have to create many small movements first,” Malcolm Gladwell concluded in his best-selling book ‘The Tipping Point’.

How does this apply to you as a business owner or executive? How does preferred group size affect market approach?

Creating ‘small movements’ may seem counterproductive when your business already serves way beyond 150 customers. If your potential customer base ranges in the thousands, you may assert that mass media ads are the most effective way to connect with people – to make them care about your business.

I agree that mass marketing is an important tool. Hopefully it is not the only item in your toolbox, though. The Rule of 150 reveals that there is value in a more intimate approach as well, whether your company operates locally or nation-wide.

Begin with identifying subsets of your customer base that could form a cohesive group. By cohesive I mean: a high chance that members of the group share certain interests, live in the same neighborhood, or have a similar purchase history. As a rule of thumb, try limiting the group size to 150.

As I alluded, with this kind of market approach, quality trumps quantity. So, not every single one of your customers has to be assigned to a 150-group from the get-go. Initially, community building is a steep climb. Therefore, you are better off starting with 1 or 2 groups. Expand only when your first pre-defined groups have organically grown into self-governing communities and demand less of your direct attention. If you are lucky, these matured communities will even tell you which groups are missing and should be created.

Communities of your customers can exist in the physical world, by meeting in person. And, they can exist online, on an interactive platform such as a forum. Any means necessary for the members of the group to get acquainted and keep track of each other. With the right people involved, genuine and meaningful relationships will form. Not just among themselves, but also – through a growing sense of community – with you and your business.

Have I piqued your interest and do you want to get more practical now? My guide on how to build a community of your customers is just a click away.