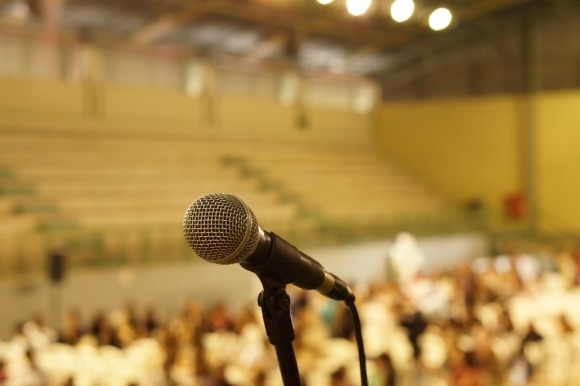 Newspaper The Guardian calls it the ‘Sapiens’ of 2020. After reading the book ‘Humankind’ myself, I have to admit that these titles blend well. Among many topics, the new book holds a chapter on public participation and collaboration. Obviously, that urges me to let you in on what the author has to say.

If you enjoy listening to Dutch podcasts, it is likely that you have heard of the Rudi & Freddie Show. In this weekly broadcast, two young reporters of journalism network De Correspondent dig a little deeper into political, societal and economical issues. With their progressive mindset and a healthy dose of sarcasm, the show is refreshing and entertaining to listen to.

If you haven’t heard of the podcast – because you aren’t Dutch, to name an obvious reason why – you still may know one of its hosts: Rudi. Or Rutger Bregman in full. After shaking up the 2019 World Economic Forum in Davos by addressing the elephant in the room (“Taxes, taxes, taxes!” on YouTube), Bregman is back on the international stage in 2020.

With the release of his new book ‘Humankind: A Hopeful History’, the 32-year old historian seems to be following in the footsteps of authors like Yuval Noah Harari and Malcolm Gladwell, who explore the origins of our world-dominating species and tell real-life stories that prove a point about human nature and modern society.

To my delight, an entire chapter of Bregman’s book has been dedicated to the importance of participation in the public space. The chapter titled ‘This is what democracy looks like’ begins with a story about Torres, a city in Venezuela with just under 200 thousand residents.

In 2014 the people of Torres went to the ballot box to vote for a new mayor. Against all odds, the winner wasn’t the wealthiest candidate, nor the most politically connected one. Instead, a third, marginalized candidate got elected. Why? Because this man promised the people that, when elected, he would hand them his decision-making power. And so it happened. With the new mayor installed, the entire city’s budget was up for debate. Hundreds of meetings took place, where locals could meet and discuss fair public spending and taxation. People got involved and Torres prospered.

So, what makes public participation such a success? How is it different from the way we do things traditionally? Bregman recognizes 7 potential transitions that will occur when you include the people whom it concerns in the decision-making process.

(Bregman talks about participation from the perspective of public governance. I believe you can also achieve these 7 transitions as a business owner, by letting your customers contribute more.)

1. From cynicism to engagement

When politicians or business leaders make decisions on their own, they will eventually create a gap between themselves and the people they serve. It then becomes easier for citizens or customers to complain and point the finger to the ones in charge. The story about Torres shows us that it is more difficult to complain and lean into cynicism when you and your neighbor have a say.

2. From polarization to trust

Offering neighbors or your clientele a place to meet and talk about joint challenges, builds bridges between members of the community as well. Working together towards a common goal, one that affects everyone, strengthens companionship and mutual trust.

3. From exclusion to inclusion

Public participation should not come with privileges for people with a college degree or wearing a tie. People from all walks of life should be welcome and feel free to contribute equally.

4. From complacency to citizenship (or ambassadorship)

As a result of the previous points, you will see citizens or customers evolve from being indifferent to accepting co-ownership. They will take charge out of free will, for the greater good.

5. From corruption to transparency

When more people are involved in the decision-making process, it is a heck of a lot harder for traditional leaders and single community members to cheat the system or cover up wrongdoings. Public participation quickly results in full transparency.

6. From self-interest to solidarity

Research shows that citizens are willing to pay more taxes when you let them decide how it gets spent. Being part of nuanced deliberation makes people more open to the idea of certain budget allocation, for example, even when it does not benefit them individually.

7. From inequality to dignity

Projects that are commonly overlooked by traditional single-point decision-makers, may finally be prioritized when a board of citizens or customers is in charge. An organic rebalancing, you could say, leading to maximum fulfillment of the community’s needs.

If Bregman’s words have inspired you as a business owner, you should continue reading my hands-on guide ‘Why you should ask what customers are thinking publicly’. This guide rolls out the red carpet to a new mindset and the practical tools that go with it.

Any thoughts on the book or this article? Please, feel free to share them in the comments below.