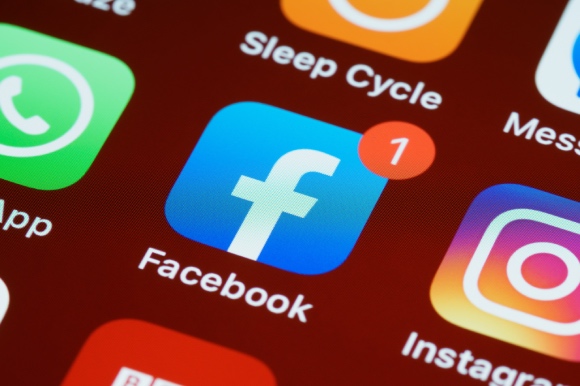 Founded in 2004 and 2006, Facebook and Twitter pursued game-changing openness in the way we communicate and consume information. Social media for the masses had arrived.

Mind you, that was not even two decades ago.

You could say that social media is still in its adolescent years. In fact, adolescence is the perfect way to describe the stirring times Facebook and Twitter find themselves in right now.

But, before we touch on the current state of social media, let’s take a look at how we got here.

As with many breakthrough innovations, the birth and rise of companies such as Facebook and Twitter had everything to do with opportunity and timing.

Even though the internet had been around since the 80’s, it took us a while to lay the groundwork for social media platforms. Basic internet access, data limits, transfer speeds, mobile connectivity and devices – the more these critical points of our digital infrastructure improved, the more accessible and popular social media became.

For example, Facebook’s first mobile app launched in 2011. Before that, to read and post on Facebook you had to log in to your desktop computer. Can you imagine doing that today? I think it goes without saying that smartphones have made it so much easier for us to connect with the world online.

The popularity of social media led to rapid accruement of online users. Here’s a list of monthly active users as of 2020:

To put this into perspective: the world population currently stands at 7.8 billion (Facebook connects about one third). The population of the United States has reached 330 million (same as Twitter’s active user base).

When you look at these numbers and consider how fast we changed our means of communication, you can only come to one conclusion: that we have never been able to foresee or control all of the consequences.

Social media has been like a rocket-propelled car. New, fun and exhilarating at first. Only to discover later that it is pretty hard not to crash into a wall while moving at lightning speed.

These days, social media companies get attention not only for their trendy innovations, but also because of controversy.

We all remember the 2018 Cambridge Analytica scandal, in which Facebook user data was siphoned for targeted political ads. Years before, the same platform allowed the spread of hate speech against the Rohingya minority in Myanmar, leading to real violence. And more recently, a group of freelance reporters were unaware that they were sharing geopolitical propaganda for Russia.

In the United States, for example, people started to lose a common understanding of the facts, abandoning the space for civil debate around them. Fake news, disinformation, echo chambers, conspiracy theories – terms that were rarely used before, are now being heard every day.

The same fact-free discourse took place around the British vote to leave the European Union – a vote some regret today. And all over the world, countries that try to quell the coronavirus are faced with enormous anti-science pushback.

At the center of it all: unchecked flows of information on social media, reaching further than anyone can really grasp and beyond the borders of perceived communities.

First, on social media we the people have become the publishers. Our voices can finally be heard, unrestricted. I call this the internet’s greatest revolution. We should hold on to that.

Secondly, companies such as Facebook and Twitter earn their cash by serving you personalized ads. That’s why they try to keep you captivated on their platforms. Because, the longer you stick around, the more ads they sell. In other words: you are the product.

An algorithm decides which user posts and targeted ads will appear on your timeline. After a while, this algorithm knows all of your weak spots – what keeps you scrolling and engaged.

Social media in its current wide-open state is driving people more apart than it is bringing them together. And nobody seems to have answers on how to end this spiraling effect, not even the CEO’s and governments.

There’s talk about regulation – solving the issue through legislation. Facebook and Twitter support that, because they don’t want to be criticized for acting as the referee of free speech. But do we want our elected leaders to decide what we can and cannot say on social media instead?

Another avenue would be to make social media companies responsible for all the content on their platforms. Penalizing Facebook when users post hate speech, for example, would urge the company to be more in control. Chances are that such penalties looming over Facebook, would make them risk-averse. In that case, Facebook may limit what can and cannot be shared with a broad audience and by whom. Does that sound okay?

To avoid social media dystopia, neither of these solutions appeal to me.

Still, something needs to change. We need a more sustainable, mature social media ecosystem. And I think change is already happening.

The future of social media

As I have tried to explain, the world is at a point where the current state of social media is being questioned. After a relatively short joyride in the emerging years, we have also discovered some hidden snags down the road. So, it’s time for us to make up our minds and decide: how do we want to move forward?

Due to the scale of the internet and its group of users, change doesn’t happen overnight or by vote. Societies follow rolling trends. Swaths of customers change course. New habits are discovered, old ones are abandoned. It moves like the tide of the ocean.

When you look at the tide of people’s preferences in social media, I notice one remarkable trend. People that used to spend most of their time on mainstream social media platforms – with their built-in limitless sharing potential – are now turning to communities that:

Because of the size and the one-topic boundary of these online communities, people join several to match their wide range of interests. For instance, someone joins a community to support a local fundraiser and also one to discuss new book releases.

No longer do people seek news and discussion about these topics in just one place. Like on the general timeline of Facebook or Twitter, where the boundaries between different topics are much less obvious, which causes an information oil spill.

Straight to the source

Smaller, gated communities have been gaining substantial traction on platforms such as Reddit for general discussion, Slack for professionals, Discord for gaming, and in group messaging apps like Telegram and Signal.

Facebook also noticed this shift on their platform. Zuckerberg quickly responded by dusting off their Groups feature and putting it in the spotlight. The CEO started talking about ‘meaningful communities’ – plural. But the groundswell of support for platforms that do not carry the burden of Facebook’s tainted legacy, had already left its mark.

Even currently, Facebook is scrambling to keep up with new competitors. Such as Clubhouse, a live and interactive podcast app that just blew up after Elon Musk was on there.

Fragmentation of the social media landscape is a fact. As is the appetite among users to join and move in between different platforms. People have learned to go straight to the source. Scrolling down a single timeline with a broad variety of (irrelevant) content is increasingly losing its appeal.

The driving force behind the shift to smaller, focused communities is a strong desire to experience a genuine interhuman connection. Also, to be part of a community in which the members regulate themselves.

Now, take a step back and disregard the justification of the moderator’s response for a moment. What’s wrong about this situation?

That’s right. The moderator isn’t part of your social circle. It doesn’t make sense for him or her to intervene before anyone else does. Just like you wouldn’t expect a police officer to immediately burst through the door when there’s a quarrel brewing in the family. You have no personal relationship with these outside referees. Yet, they step into your world rather prematurely.

When you join a so-called Subreddit or Slack channel instead, you notice two distinct differences. First, you will have to deliberately join or be invited to the group. This will instantly add to a sense of inclusion. Often, you will also receive a warm, personal welcome. Secondly, community guidelines will be explained and enforced by its own members – not in the first place by an uninvolved moderator on the payroll of a corporation.

Smaller groups simply look after themselves. A growing number of people like that idea.

Change always starts with those who are curious and open to new experiences. These early adopters can spark a chain reaction and lead a slower moving majority toward them. I think this phase is currently underway for social media.

The change that I am describing won’t fully eradicate the ways of old, obviously. There will always be a need for social media highway intersections, where communication can travel beyond the boundaries of smaller, focused communities. In other words: the dominating public timelines of Facebook and Twitter will still be around. But when we look back in five years, I believe the tables will have turned.

I am dying to hear what you think. Do you agree that conversation on social media is moving towards more gated, self-managed communities? If so, is that a good thing?